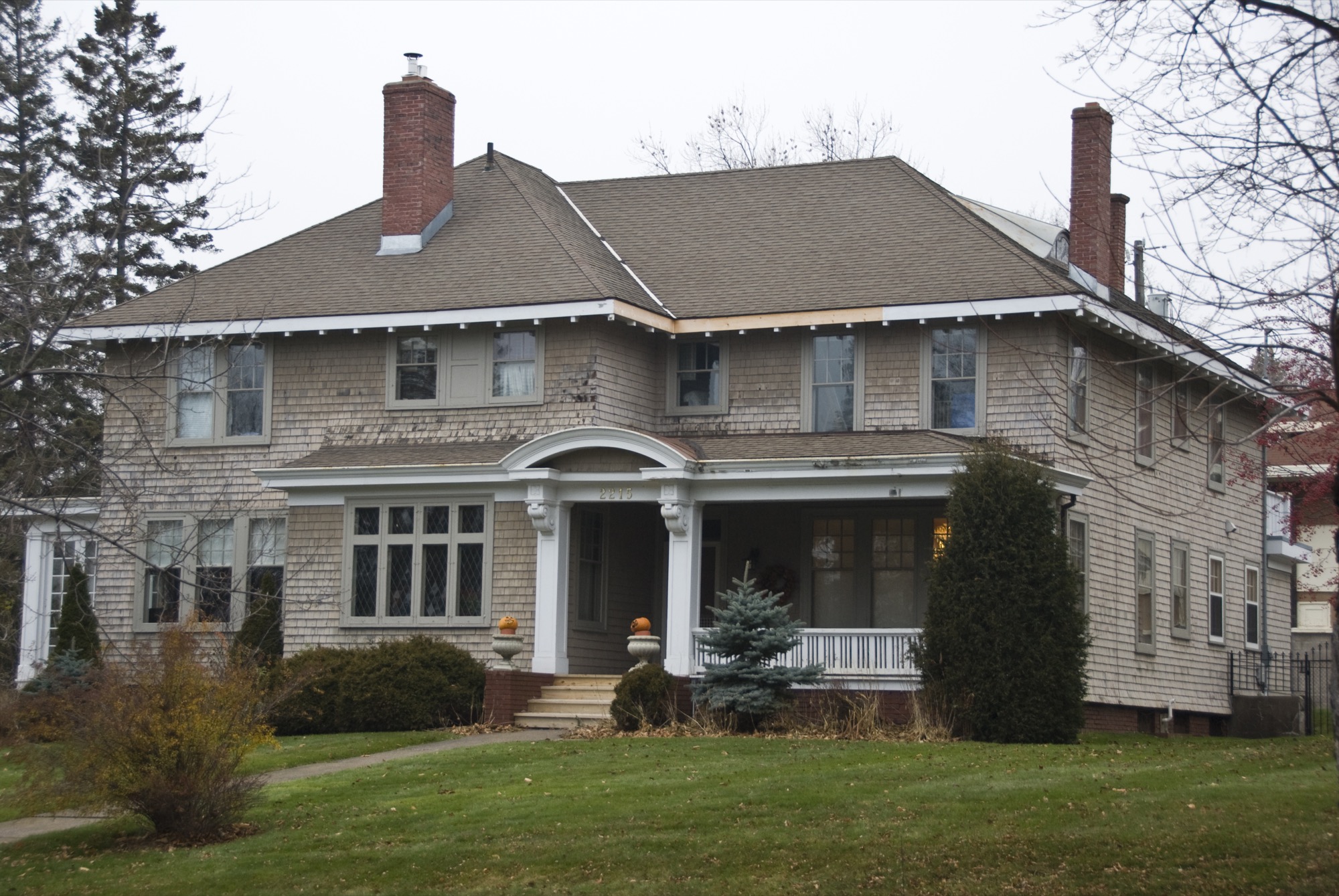 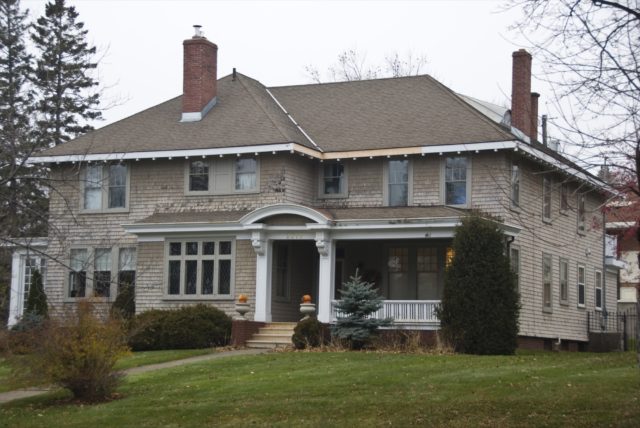 This eclectic home features elements from several architectural schools, most dominantly the Craftsman and Shingle styles. In 1871 Markell served as Duluth’s second mayor and was instrumental in developing Duluth as a grain trading center, which helped pull the city out of debt in the 1880s. On January 1, 1872, a carriage carrying Markell and Duluth’s first mayor, J. B. Culver, received Duluth’s first speeding ticket for exceeding “the walking gait of a man.”