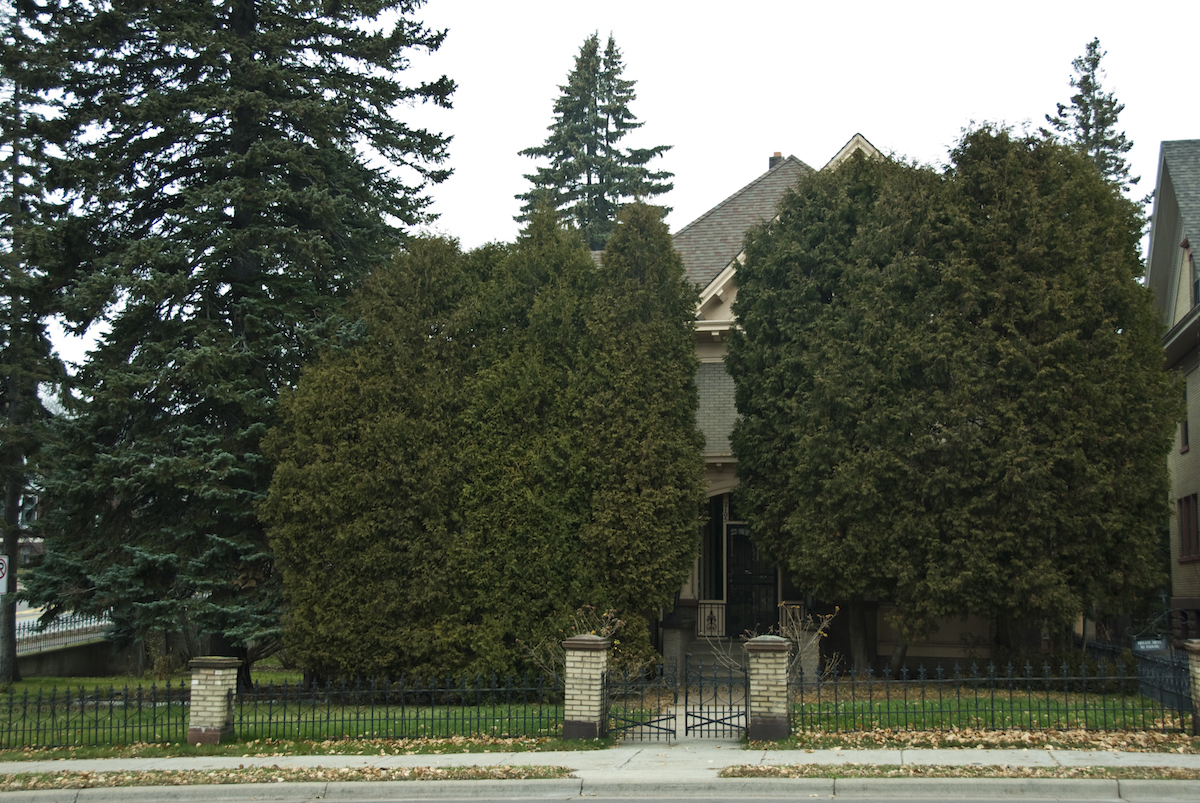 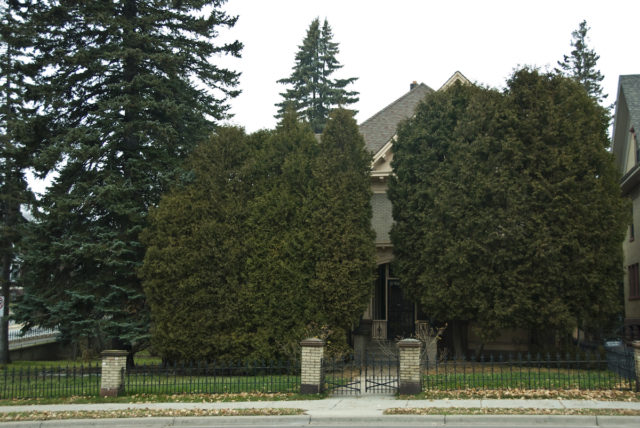 This eclectic house displays influences of the Queen Anne, Colonial Revival, and Classic Revival styles. A native of Woodstock, Ontario, Captain Marcus Fay moved to Virginia, Minnesota, in 1894 to locate iron mines. His efforts helped rebuild the town after it was destroyed by fire in 1900, and in 1903 he was elected Virginia’s mayor. After losing reelection in 1905 he moved to Duluth, where he made an unsuccessful run for mayor in 1913.