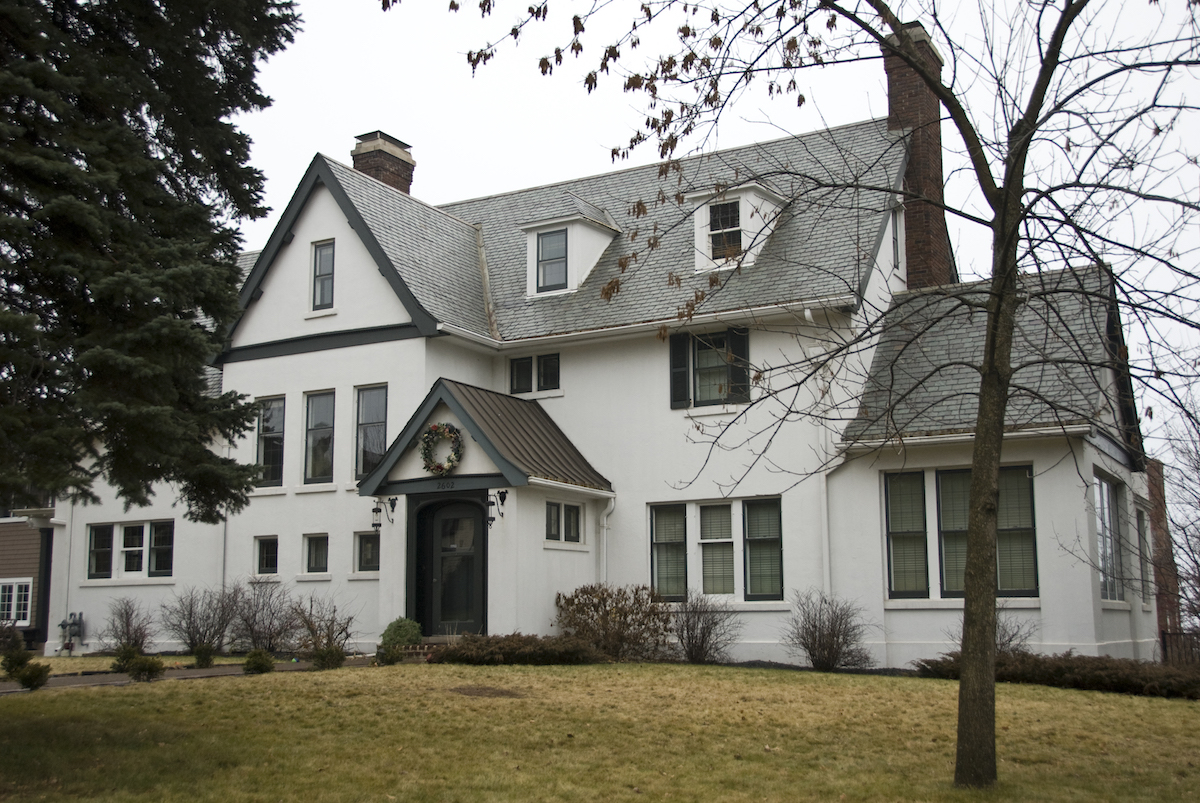 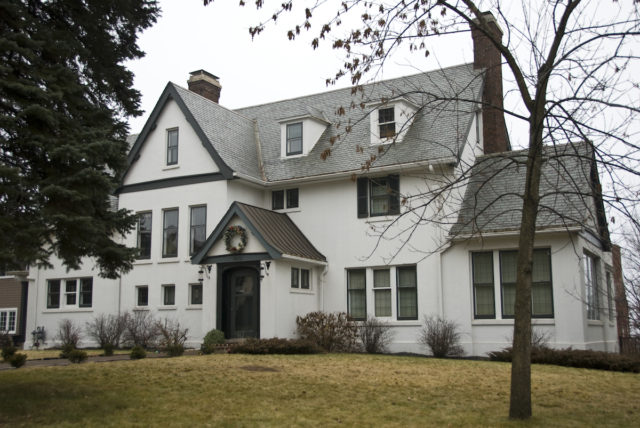 German & Jenssen’s design for the Starkey’s stucco-clad house is an eclectic masterpiece, with its north façade featuring Tudor Revival elements while the southern face has a more formal Colonial Revival look. Howard Starkey was president of the Consolidated Elevator Company. The company’s legacy remains on Duluth’s Rice’s Point in the form of General Mills’ Elevator A, which Consolidated built in 1908 of ceramic tile and brick. General Mills bought the company in 1943.