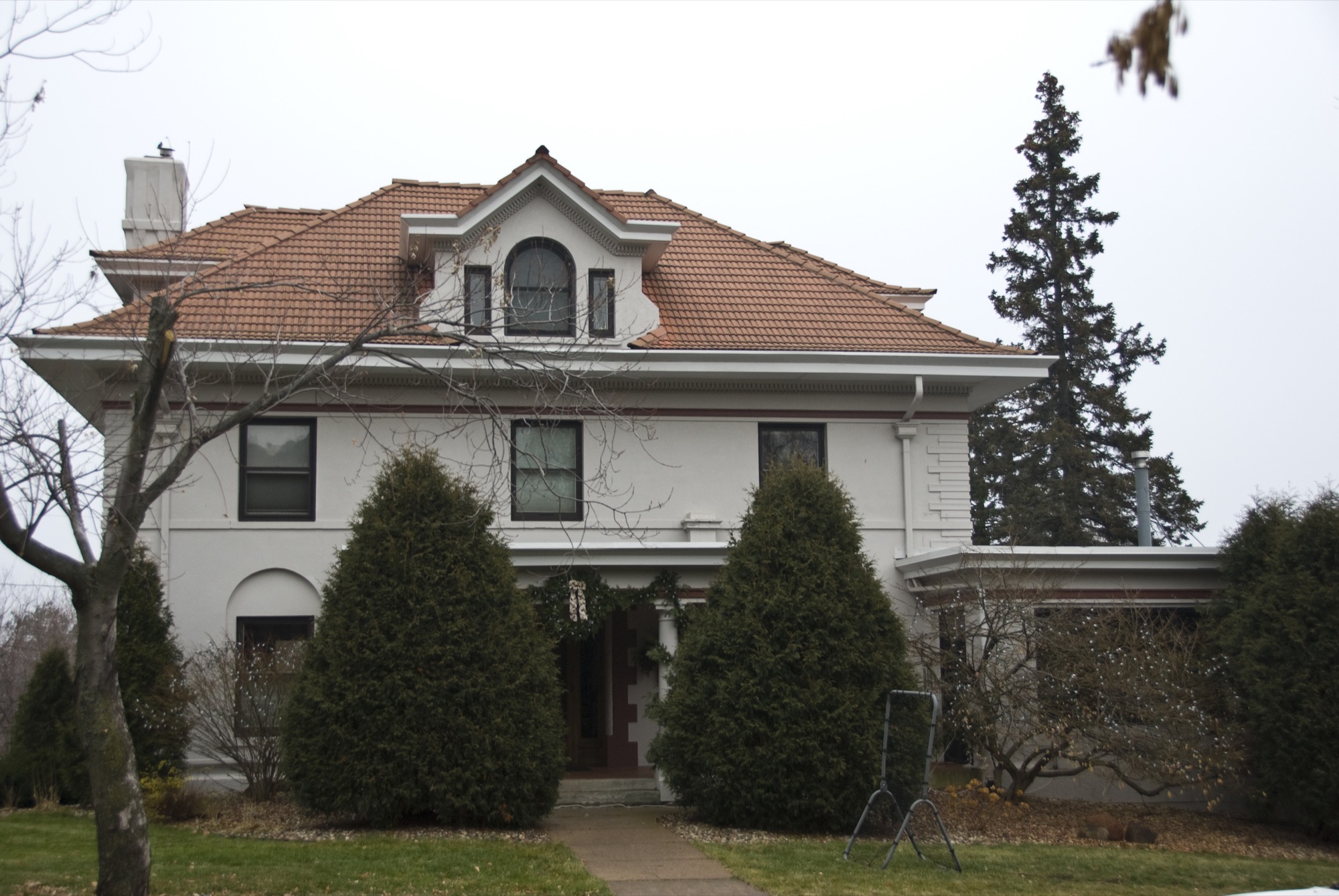 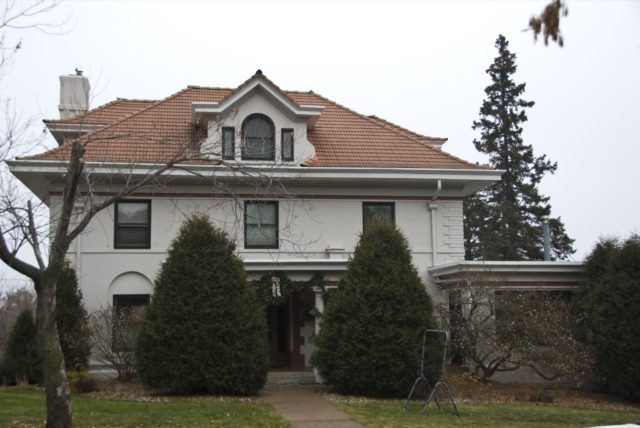 Bray and Nystrom gave this American Four Square home a Mediterranean feel by including Classical Revival details and stucco cladding. One of many grain brokers who called Duluth’s East End their home, George Spencer served as president of the Consolidated Elevator Company. In June of 1908 one of the company’s grain elevators on Rice’s Point, Elevator D, went up in flames. Thousands showed up to watch it burn; the re caused over $1 million in damage.