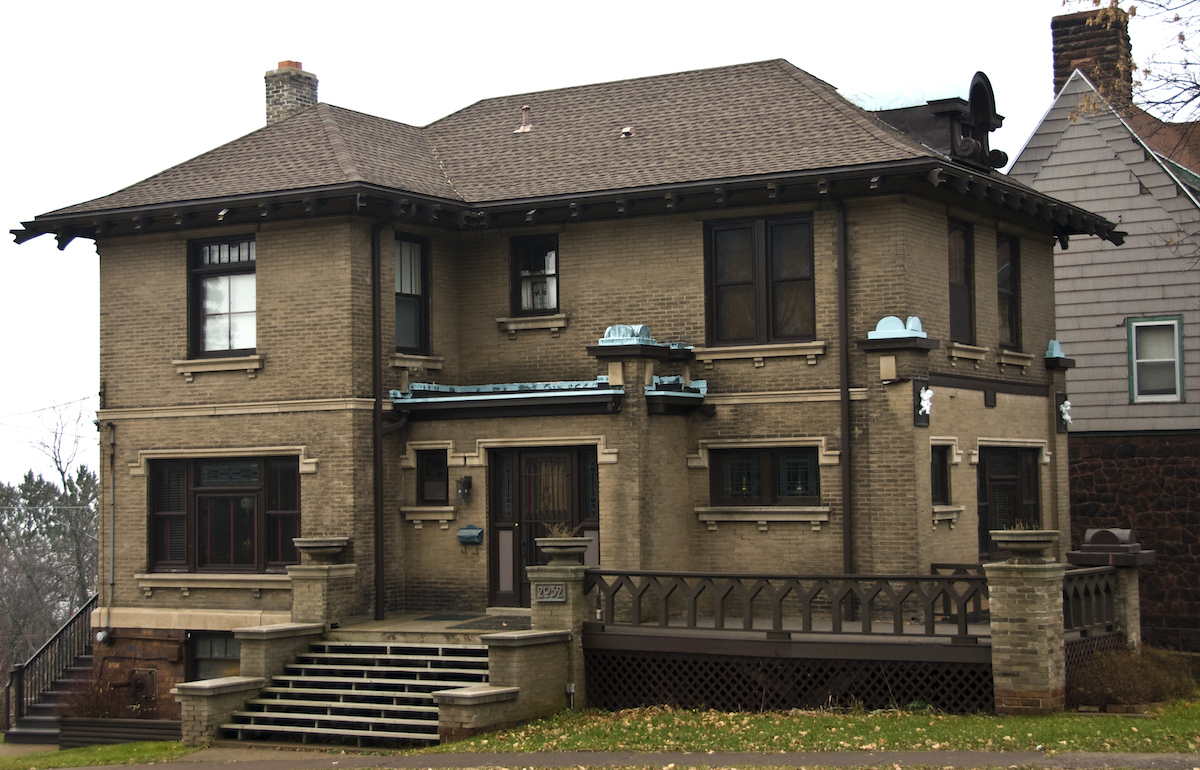 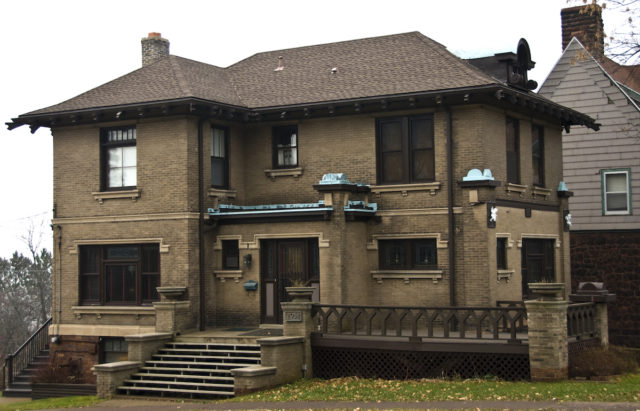 This home’s exterior features molded limestone banding and decorative stone cherubs. Mr. Fay was an engineer and geologist from Hardwick, Vermont, who eventually went to work for the Oliver Mining Company in Coleraine, Minnesota; in 1907 the company transferred him to Duluth. In the 1970s the Fay house was subdivided into a triplex but has since been restored as a single family residence. Oregon Creek, long ago piped underground, runs beneath the house.