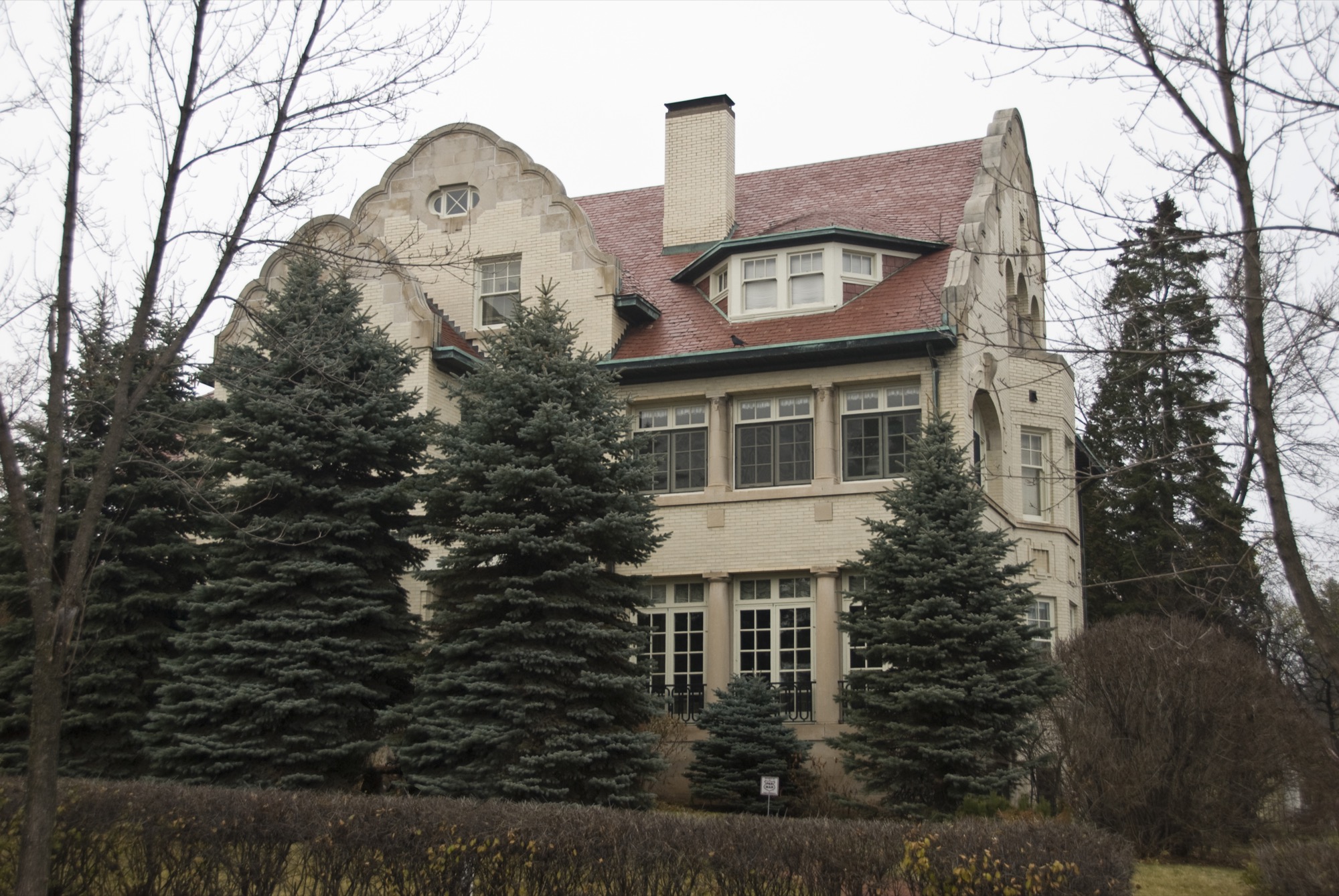 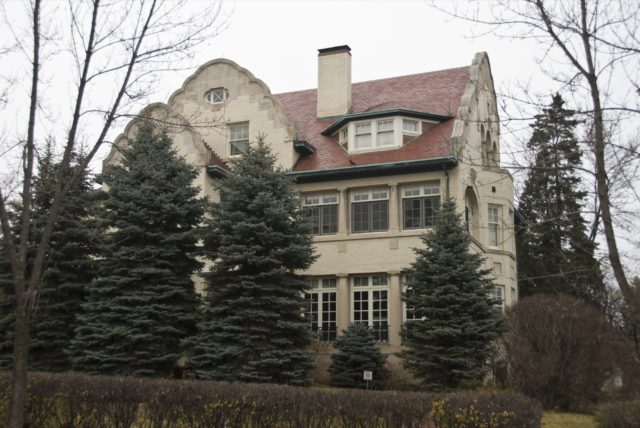 It may have been Werner Lignell’s shared Swedish heritage with its owner that brought him the spectacular commission of designing the eclectic Carlson house, which he adorned with Mission-style predominates and scalloped gables. A Swedish immigrant, Carlson was a bank president in Hibbing and Chisholm before establishing the Carlson Exploration Company. He later introduced innovations to diamond drilling and helped develop taconite. In 1913 he was honored with a knighthood by Sweden’s King Gustav V.